Staying winding up orders: Can directors stop the clock?

Staying winding up orders: Can directors stop the clock?

In the recent decision of Deputy Commissioner of Taxation v NRA Engineering Pty. Ltd. (in liq) [2019] FCA 1567, Justice Anderson of the Federal Court of Australia dealt with an application made by the director of a liquidated company seeking to stay the winding up order made against the company. The case serves as a reminder of the relevant factors a court will take into consideration before exercising its discretion to make such orders. 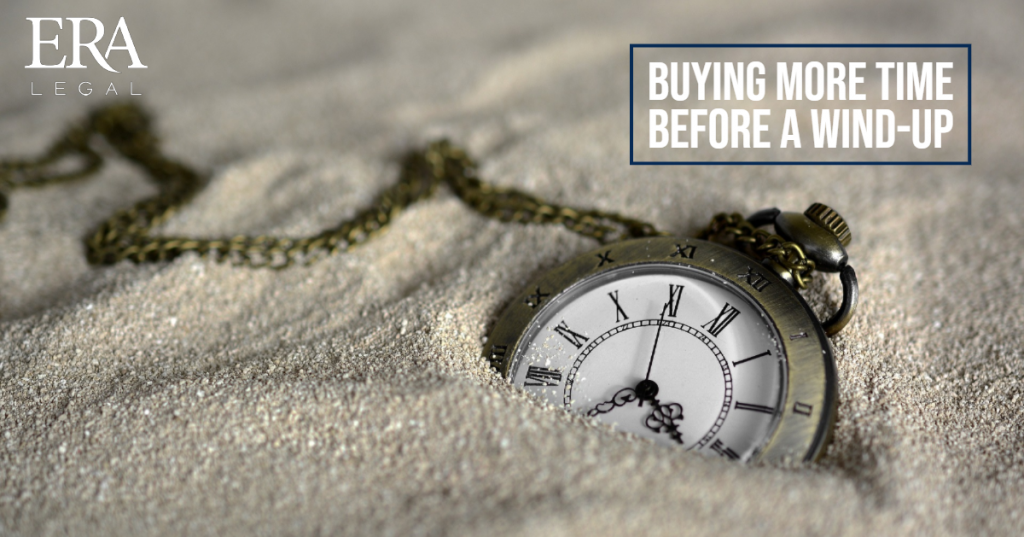 Following the granting of several adjournments to allow for Mr Sutcliffe to obtain legal representation, the matter was listed for a case management hearing before Anderson J on 20 September 2019.

The Liquidator sought to rely on an affidavit filed 5 September 2019 in which he deposed to, among other things, the following:

Considerations of the Court in staying winding up orders

Justice Anderson noted that the exercise of the Court’s discretionary power to grant a stay pursuant to sections 23 or 35(6) of the Federal Court Act 1976 (Cth) was one to be made “in light of all of the circumstances of the case” (see also HVAC Construction (Qld) Pty Ltd v Energy Equipment Engineering Pty Ltd (2002) 44 ACSR 169 and Australian Securities and Investment Commission v Aviation 3030 Pty Ltd (No 2) [2019] FCA 391).

In the statutory context of Part 5.4 of the Corporations Act 2001 (Cth), Anderson J opined that such power is to be exercised:

“…with caution so as not unduly to delay the liquidator or hinder his or her capacity to carry out the duties imposed by the statute”.

As such, Anderson J opined that there was a clear onus on the applicant to establish a positive case as to why the Court should stay winding up orders.

Citing both recent and earlier authorities, Justice Anderson listed specific considerations relevant to the cautionary exercise of the Court’s discretionary power in the context of staying winding up orders including:

Justice Anderson ultimately dismissed Mr Sutcliffe’s application, finding that there would be a risk of detriment to the company’s creditors if a stay were granted for the following reasons: