We recently wrote about issues arising from the amendment of a trust deed prior to an insolvency event, including the removal of ipso facto clauses that have the effect of automatically removing corporate trustees (which continue to act as a bare trustee if not replaced). In this article, we discuss the recent decision of the Federal Court of Australia In the matter of Willco Breads Pty Ltd (in liq) [2019] FCA 1539, where the liquidators of an insolvent corporate trustee sought declarations in respect to their sale of trust property at a time when the corporate trustee was automatically removed by reason of the terms of the trust instrument. The decision predominately dealt with: 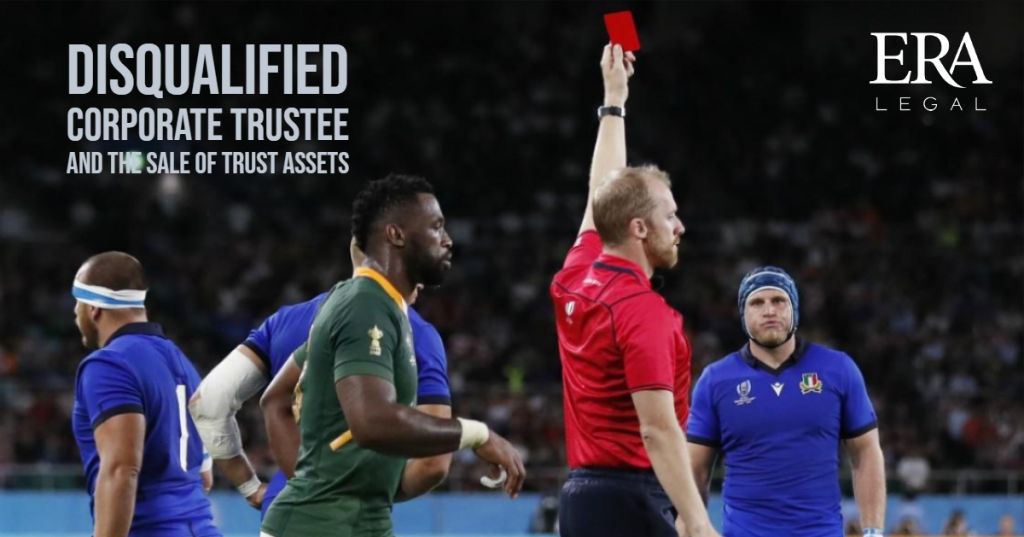 On 6 August 2019, Willco Breads Pty Ltd (Company) was wound up by special resolution of its members and liquidators were appointed. The liquidators ascertained from the Company’s records and information provided by third parties  that the Company operated a bakery business, held a current lease, owned various plant and equipment, and owned the assets and operated the business solely in its capacity as trustee of the JR & AM Aldus Family Trust (Trust).

On 22 August 2019, a director of the Company, Mr Aldus, offered to purchase a vehicle registered in the name of the Company and on 27 August 2019 a sale agreement was entered into for the sale of the vehicle to the director for the sum of $1,500. In deciding to sell the vehicle to the director the liquidators had consideration of a valuation obtained (which indicated the vehicle had a realisable value of $2,000), the costs that would be incurred in having the vehicle delivered to the liquidators’ auctioneer (which would have been approximately $500), the fact that the insurance policy for the vehicle was set to expire on 6 September 2019, and a direct sale to the director would avoid payment of a commission to the auctioneer (the result of which would make the sale at auction uncommercial).

On 28 August 2019, the liquidators sought legal advice as to whether or not they had the power to sell the vehicle after becoming aware that the Company had been automatically removed as trustee by reason of an ipso facto clause contained in the trust deed establishing the Trust. The liquidators approached the Court seeking a declaration that they had  acted honestly and ought fairly to be excused for any breaches, failures or omissions in dealing with the vehicle the subject of the sale to the director.

The Court’s power to grant relief

The Court can grant relief on the application of a person who apprehends that a claim will or might be made against them and is not predicated on a proceeding having already been commenced (see section 1318(2) of the Act).

In Amirbeaggi, in the matter of Simpkiss Pty Ltd (in liq) [2018] FCA 2121, the Court outlined that the power in section 1318 of the Act extended to excusing an external administrator who inadvertently disposes of trust assets at a time when they have no power to do so. Further, the Court went on to state that the requirement that there be an objective basis for apprehending that a claim may be made against them (as provided in section 138(2) of the Act) was not extinguished in circumstances where the administrator had received approval from creditors and the officers of the trustee company and a claim was unlikely. In those circumstances, if satisfied the Court will still grant relief due to the nature of claims for breach of trust and the potential for a beneficiary to bring such a claim.

In respect to the requirement that the person “acted honestly”, in Hall v Poolman [2007] NSWSC 1330,the Court said the following:

“…the Court should be concerned only with the question whether the person has acted honestly in the ordinary meaning of that term, i.e. whether the person has acted without deceit or conscious impropriety, without intent to gain improper benefit or advantage for himself, herself or for another, and without carelessness or imprudence to such a degree as to demonstrate that no genuine attempt at all has been to carry out the duties and obligations of his or her office imposed by the Corporations Act or the general law. A failure to consider the interests of the company as a whole, or more particularly the interests of creditors, may be such a high degree as to demonstrate failure to act honestly in this sense. However, if failure to consider the interests of the company as a whole, including the interests of its creditors, does not rise to such a high degree but is the result of error of judgment, no finding of failure to act honestly should be made…”

In granting relief pursuant to section 1318 of the Act, the Court found that whilst the  liquidators should have been alive to the issue of the Company’s disqualification as trustee of the Trust, they had acted honestly and that a potential claim may exist against them. In this respect, the Court was understanding of the time pressures and commercial realities faced by insolvency practitioners, whilst also cautioning that matters such as the terms of a trust instrument cannot be overlooked and it is imperative that the parties move quickly to remedy the issue once it becomes apparent (and there be full and frank disclosure to the Court).

The decision in Willco is a timely reminder for insolvency practitioners to: