What is a “Construction Contract” under the Security of Payment Act?

What is a “Construction Contract” under the Security of Payment Act?

New definition of a “section 4 arrangement”?

Section 4 of the SoP Act defines “construction contract” as:

“a contract or other arrangement under which one party undertakes to carry out construction work, or to supply related goods and service, for another party.”

The Supreme Court departed from a line of Supreme Court authority reaching back to 2005 and took a narrower approach to the definition of “arrangement”.

Spoil from the Northconnex 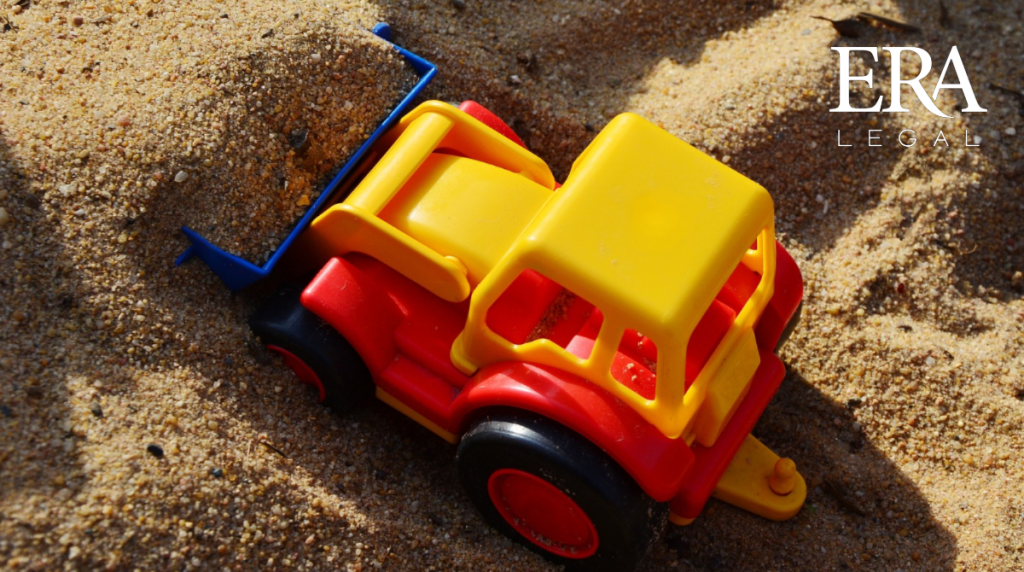 The LLBJV stored 201,700 tonnes of spoil at the Somersby site.

Timecon served on LLBJV a payment claim seeking payment of $887,532.80 for the “generation and recovery of spoil from NorthConnex Project tunnel” and “construction works and structures forming or to form part of land, site restoration and landscaping at the Somersby site”.

Within 10 business days after the payment claim was received, LLBJV served upon Timecon a payment schedule with a scheduled amount of NIL.

Timecon then lodged an Adjudication Application in respect of the payment claim. Timecon was had complete success on the Adjudication and was awarded $887,532.80.

LLBJV commenced proceedings in the Supreme Court seeking a declaration that the Adjudication Determination was void because the Adjudicator had no jurisdiction to make any determination. The primary ground relied upon by LLBJC was that there was no “contract or other arrangement” between LLBJV and Timecon.

The 2005 line of authority provides that an “other arrangement” for the purposes of section 4 of the SoP Act need not give rise to a legally binding obligation under which a claimant is entitled to get payment for the services undertaken by the claimant.

The Supreme Court authorities that deal with the interpretation of section 4 of the SoP Act and in particular, the definition of the words “contract or other arrangement” are as follows:

The word “contract” takes the classical meaning which involves all of the necessary elements of a contract, being: offer, acceptance, consideration, intention to be bound, mutuality, capacity and legality.  There is no controversy in the judgment in Lendlease about the definition of “contract”.

In the case of Okaroo, Okaroo (a developer) entered into contract with Consolidated Constructions Pty Ltd (a builder).  Consolidated agreed to perform all construction works associated with the relevant development project (the head contract).  It was agreed that the joinery works would be undertaken by a subcontractor nominated by Okaroo (Vos).  Consolidated contracted with Vos for the joinery works (the subcontract).  There was no express agreement as between Vos and Okaroo.

The terms of the head contract required that Okaroo pays Vos directly for the joinery works.  Vos claimed under the SoP Act against Okaroo on the basis that Vos asserted an “other arrangement” as between them.

In Okaroo, Nicholas J at [40] discussed that “arrangement” is a word without precise meaning. In deciding the meaning of “arrangement”, Nicholas J found assistance in the decision of Newton v Federal Commissioner of Taxation (1958) 98 CLR 1 which provides that:

“the word “arrangement” is apt to describe something less than a binding contract or agreement, something in the nature of an understanding between two or more persons – a plan arranged between them which may not be enforceable at law.”

At [41], Nicholas J stated the definition of “arrangement”:

Nicholas J concluded that in deciding whether an “arrangement” was within the statutory definition of “construction contract”, the only matter for consideration is whether one party undertakes to carry out construction work, or to supply related goods and services for another party.  Nicholas J stated that there is no other requirement or qualification to meet the definition of “arrangement” in the SoP Act.

Nicholas J found that, despite the subcontract, when Vos commenced works there was an arrangement under which Vos did its works for the benefit of Okaroo.  In Okaroo, it was found that there was an “arrangement” which satisfied the definition of construction contract under section 4 of the SoP Act.

In the case of Machkevitch, the defendant builder alleged a number of agreements, those being:

The Court considered whether the oral undertaking allegedly given by Mr Machkevitch was an “arrangement” for the purpose of section 4 of the SoP Act.  The Court followed Okaroo and found that there was an “arrangement” the basis that Mr Machkevitch assured the defendant builder that he had sufficient personal resources to pay it if NSHR did not, then he would do so and the defendant builder accepted and acted on this assurance by executing the building contract and the “bonus deed”.

“…I conclude that this conversation amounted to an engagement, or agreement (not legally enforceable), under which Mr Machkevitch assured the builder that he had sufficient personal resources to pay it if the proprietor (NSHR) did not; that he would do so; and that the builder accepted and acted on this assurance by executing the building contract..”

In the case of IWD, the developer (IWD) entered into a design and construct contract with Link Constructions (NSW) Pty Limited (the builder).  Level Orange was the project architect.  A dispute arose between IWD and Link and Level Orange stopped works at the property.  By a deed of termination and transition, IWD and Link agreed to terminate the contract. Shortly after entry into that deed, Link had external administrators appointed to it.

“In my opinion, what passed between Mr Christofidellis (a director of IWD) and Mr Salim (a director of Level Orange) amounted to a “construction contract”. It was, at the very least, an “arrangement” between IWD and Level Orange under which Level Orange undertook to supply architectural services related to the project for IWD. It was probably more than that; a legally binding contract between the two companies.”

In Lendlease, Ball J found that there was no contract or “other arrangement” between LLBJV and Timecon for the disposal of the spoil from the NorthConnex Project and that the 2005 line of authority was incorrect.  Accordingly, the Court declared the adjudication determination to be void.

Section 32 of the SoP Act

In Lendlease, Ball J formed the view that the 2005 line of authority did not consider the effect of section 32 of the SoP Act.

Section 32 of the SoP Act states (in summary) that where a claimant is found in civil proceedings to have no underlying right to payment, such claimant who has had the benefit of relief under the SoP Act must pay back any amounts that arise from an adjudication determination – because, the SoP Act does not affect any right that a party may have under a contract or generally at law (that is, outside of the SoP Act).

In Lendlease, Ball J found that the 2005 line of authority was incorrect, insofar as it asserted that the SoP Act created a right to a progress claim where there was no underlying right in a contract (or other arrangement) to be paid.

In reaching that conclusion, Ball J noted that the SoP Act was designed to ensure that a person who undertakes construction work under a construction contract is entitled to receive, and is able to recover, progress payment in relation to that work.

What are the elements of a section 4 “arrangement”?

Ball J decided that the essential element of an “arrangement” under section 4 of the SoP Act was that the “arrangement” must give rise to a legally binding obligation, although, that obligation need not be contractual in nature. Ball J at [86] explained the difficulty of the 2005 line of authority which caused him to depart from it, he stated:

“One difficulty with the view that an arrangement does not need to be legally binding to be a “construction contract” is that there is no obvious principle that can be applied in drawing the dividing line between arrangements that do not give rise to legal obligations but nevertheless are treated as arrangements for the purposes of the SoP Act and those that are not, which is likely to make an adjudicator’s task more difficult, not less difficult…. However, as I have sought to explain, it is not easy to see how the purpose of the SoP Act is advanced if the end result  is that any arrangement which is not legally binding will produce a result where any adjudicated amount will have to be repaid. Accepting that, it is not easy to see what criteria can be used to determine which non-binding legal relationships fall within the scope of the SoP Act and which do not.”

Is storage of spoil “construction work or related services”?

Nevertheless, in obiter, Ball J concluded that even if it was found that there was there was a construction contract (for the purpose of section 4 of the SoP Act), there was no relevant “construction work or related goods and services” provided by Timecon.  In other words, the work subject of Timecon’s claim was not construction work, as that term is defined in the SoP Act.

Until a Court of Appeal decides on the matter which is unlikely due to the obiter by Ball J that Timecon did not perform “construction work”, the Supreme Court authorities in relation to the meaning of “construction contract” in section 4 of the SoP Act is in dispute.

The decision in Lendlease v Timecon is a reminder of the importance of a carefully drafted and negotiated written contract.  Builders should exercise caution when formalising any oral or pre-contractual negotiations.  In order for builders to enforce under the Act, it will be critical to ensure that all arrangements are legally binding.

If you have any questions about this article, please call Mark Yum or Valerie Cortes on (02) 9324 5300, construction@eralegal.com.au or online (below).